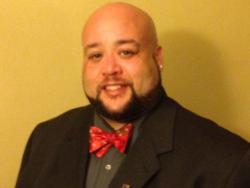 Ric Winston earned his BA in Communication Studies from WCU in 2000 and his MA from the University of Maryland in 2003. He is a scholar of modern public address whose scholarly interests include presidential rhetoric, popular culture, and the historical progression of Blacks in America. Professor Winston is also interested in media, television, and film criticism. His research and teaching has regularly focused on the intersection of these areas in the public sphere. Current research centers on the historical struggle between forces of inclusion and marginalization in American culture. Professor Winston also lectures with the Fraternity Violence and Education Project on issues of relationship violence, date rape, and hyper-masculinity and serves as the advisor for Kappa Alpha Psi Fraternity Inc., Kappa Gamma Chapter.