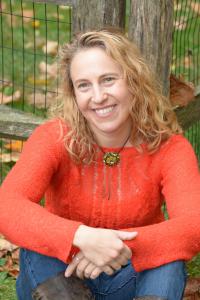 Jesse Piersol is an adjunct instructor in the Department of Communication and Media, where she teaches Business and Professional Speech Communication (SPK230) and Public Speaking (SPK208). She is a member of the interdisciplinary team teaching WCU's inaugural Culture and Communication First Year Experience (FYE) course in Fall 2019. Other courses include Advanced Video Production and Persuasion, as well as directed study.

Jesse is a filmmaker, and is especially interested in creating independent film with a local focus. Clean Getaway, a narrative short film developed in collaboration with WCU students during winter break, was debuted in April 2013 at a release gala to benefit the Chester County Hero Fund. Her short film, Stud, featured local actors and locations and was included in the 2014 Iris Film Festival. Current projects include producing a documentary about Dr. Patricia Grasty Gaines, co-founder of the Frederick Douglass Institute, to be released Spring 2019. She has also served as an instructor in the film and video track for WCU iCAMP, a weeklong summer program for Philadelphia high school students to create media projects centered around social justice issues.

Jesse has been a contributing editor for The WC Press magazine since March 2013, and a regular contributor to Cape May Magazine since 2017. She served as special events coordinator for Walnut St. Labs, where she founded Indie Film Nite, an event which showcased local filmmakers, and is an administrator for the wcfilmmakers group on Facebook, Twitter, and Instagram. She's helped out local organizations such as the West Chester Food Co-op and Uptown! Entertainment Alliance with video and photography work and social media strategy.

Before coming to WCU, Jesse enjoyed a 6-year tenure at the University of Phoenix, where she taught Business Literature, Conflict Resolution, and Teambuilding courses. During that time she also worked as a senior technical writer and project lead at SunGard Higher Education (now Ellucian).

Her full bio is available on LinkedIn, and you're welcome to join her on Twitter (@TheRhetPurp) and Instagram (@jessepiersol).