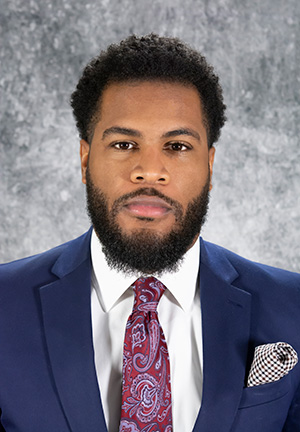 Jeremy C. McCool, Ph.D. comes to the Department of Communication and Media as an Assistant Professor of Digital/Global Media. The Chicago native received both his B.A. and M.A. from Western Illinois University. McCool then pursued his doctoral studies in Indiana University of Pennsylvania's Communications Media & Instructional Technology Ph.D. program. McCool has a background working as a radio personality and has taught several courses at IUP. These courses include Radio Production, Introduction to Communications, Media, and Culture, and a course he developed called Digital Storytelling. McCool’s research revolves around the perceptions of politically-driven hip-hop music, media effects, and Critical Race Theory. He is also the co-author of a children’s book entitled Princess and The Power of Melanin.