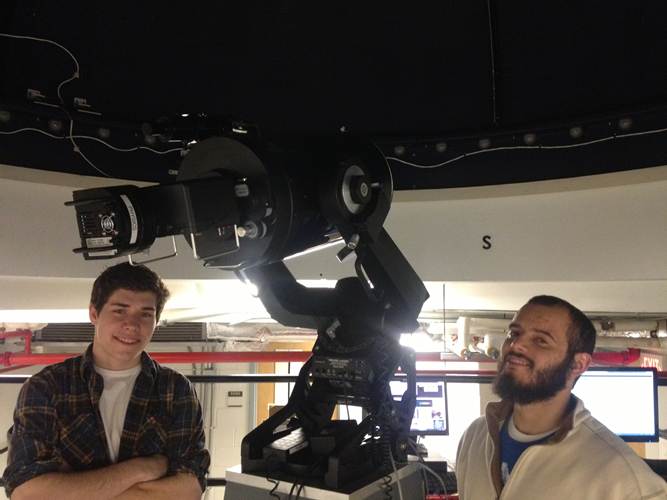 Over the past few years, the observatory has seen a number of improvements. The outdated Newtonian reflector was replaced by a modern computer-controlled Meade telescope, which is capable of CCD imaging, spectroscopy, and solar viewing. In the summer of 2012, the original facility dome was replaced a Technical Innovations 16-foot dome which allows for remote observing. The picture on the right shows Physics majors Carlos Cartagena and Kurt van Mol preparing for first-light observations with the SBIG self-guided spectrograph. 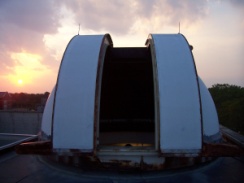 The observatory sits atop the roof of the Schmucker Science Center on the corners of Church and Rosedale Streets on West Chester's main campus. You can take the elevator to the 4th floor, then take the last flight of stairs to the observatory. If you do not like heights or are unable to access the observatory, there are portable telescopes that can be used on the ground level.

The observatory houses a pier-mounted 10-inch Meade LX200. Visitors can view celestial objects through the telescope eyepiece or with an SBIG ST-8XME CCD camera. Advanced students can use the self-guided spectrograph for analysis of stellar atmosheres, variable stars, or for redshift measurements. For daytime observing, the Department of Physics operates a DayStar tunable Hydrogen-alpha solar filter. 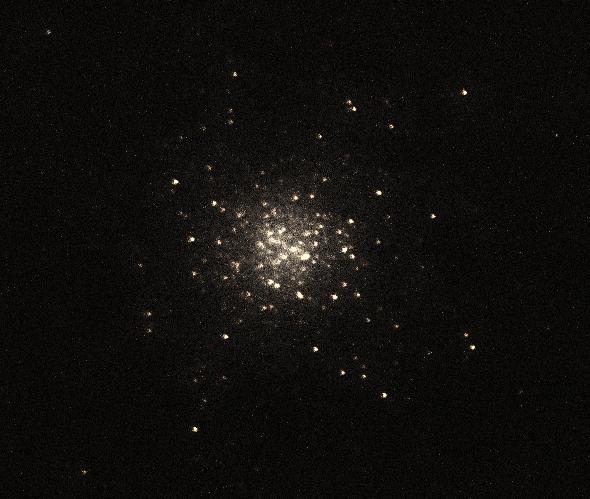 The image to the left is of the Great Globular Cluster M13 in Hercules. The image was taken by former Physics major Brandon Hardy using the Meade telescope and ST-8 CCD camera in the observatory. M13 is located in the halo of the Milky Way, and is about 145 light-years in diameter. It is comprised of several hundred thousand stars! Check back soon for more images. 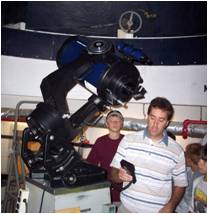 Scheduled public observing nights will be posted here as we organize them. On the right a group of local area students are given a demonstration on how the telescope and dome function.