Founded in 1871 as an institute for teacher preparation, West Chester University is a comprehensive public institution, offering more than 118 undergraduate, 80+ graduate programs and 4 doctoral programs in more than 50 fields of study. 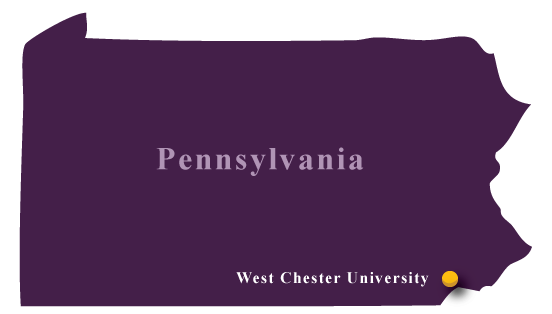 406 acres primarily in the Borough of West Chester

A Philadelphia location offers bachelor's programs in social work and an RN-BSN program. The Master's programs include Transformative Education and Social Work.
*Charges for students in special programs of study and at Philadelphia campus may differ. 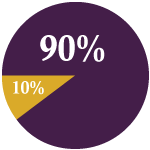 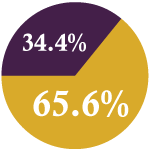 West Chester University is proud of its diverse student body. WCU has 118 international students on F-1/J-1 visas from more than 40 countries, studying a variety of majors.

The international student body consists of: 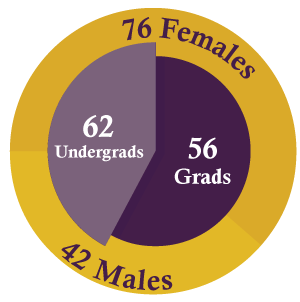 Countries represented and number of students from those countries: 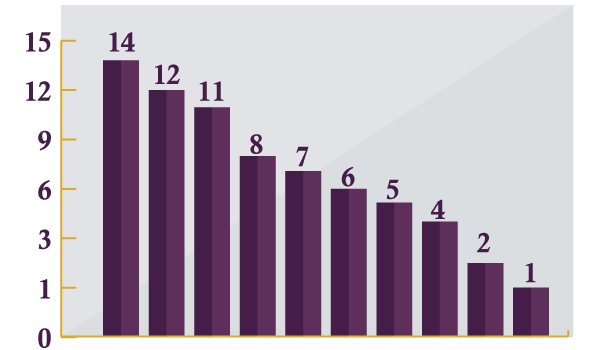 *Charges for students in special programs of study may differ. 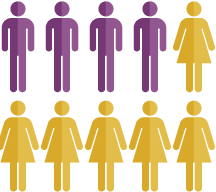 All residence halls are equipped with a card access security system which is operational 24 hours a day, 7 days a week.

Each North Campus high-rise residence hall has a trained staff residence director who is assisted by an estimated 6-15 resident assistants and 7-8 desk assistants per hall.

40% of all undergraduates live on campus

60% of undergraduate students live off campus or commute

During the 2016-2017 academic year, nearly 7,500 WCU students provided more than 755,000 hours of volunteer service in Chester County and places as far away as South Africa. 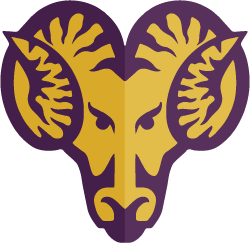 West Chester University sponsors one of the largest varsity programs in NCAA Division II with 24 intercollegiate men’s and women’s sports. Students participate in NCAA Division II athletics in the PSAC and the ECAC. In the 2016-2017 academic year, there were 575 WCU student-athletes.

WCU is home to 16 fraternities and 18 sororities for like-minded students who seek groups dedicated to particular service, honor, and study initiatives.

These values-based organizations promote friendship, leadership, scholarship, and service. With 34 chapters, fraternity and sorority life provides a unique opportunity for students to be a part of campus tradition that will last a lifetime.

The Greg and Sandra Weisenstein Veterans Center, at 624 South High Street, offers a location where veterans and active military enrolled at WCU can gather to study, relax, have meetings, and find support.