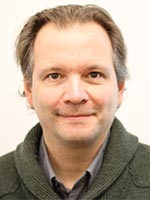 I'm excited to work in a community of musicians and educators firmly established on one hand and dynamically changing on the other. In my short time at West Chester, I have been struck by optimism and vision for the future pervading every level of the institution. There is incredible camaraderie among the students. And every day, I learn something impressive about a member of the faculty that makes me proud of where I work.

The present age demands "life-long learning" of new technologies, bodies of knowledge, and ways of communicating -this is no less true for those in the field of music and education. I want my students to feel that their education has given them the curiosity, the skills and the flexibility they will need in order to grow and to continue learning throughout their lives as artists and professionals.

Stiefel was recently commissioned by the American Composers Forum to compose Wyeth Songs for electric guitar and children's chorus.

The Minneapolis Guitar Quartet, with support from the Augustine Foundation, recently commissioned Cinema Castaneda, a kind of mural for four guitars blending cowboy songs with rock music, rancheras- and narco-corridos--a CD including the work will be released on Innova in March 2013.

In 2012, his quartet for laptops, Jargo's Table, was featured at the very first International Symposium for Laptop Orchestras and Ensembles at LSU.

Stiefel has been a featured speaker at TEDx Phoenixville and a visiting artist with PLOrk (the Princeton Laptop Orchestra). The Philadelphia Museum of Art presented already seen, an interactive music and dance collaboration with the Miller-Rothlein Company (MIRO) of Philadelphia.

An all-Stiefel CD, Solaris was released in 2011 on New Focus Recordings and is distributed by Naxos. Stiefel has received grants/commissions from the Georgia Council for the Arts, Mid-Atlantic Arts Fellowship, Met-Life Composer Connections, Art in Odd Places (Atlanta Olympic Festival), and the American Composers' Forum.

His music has been featured on various festivals including: the Arts Festival of Atlanta, New York Guitar Festival, Norfolk Chamber Music Festival, and the Filament Festival.

Stiefel holds a BA/MM from Yale University and a PhD in music composition from Princeton.

Van Stiefel at TEDxPhoenixville with the WCU Laptop Arts Ensemble

Premiere of Splitting for guitar and fixed media at the Yale Guitar Extravaganza all-Stiefel concert in February 2014, Yale School of Music.