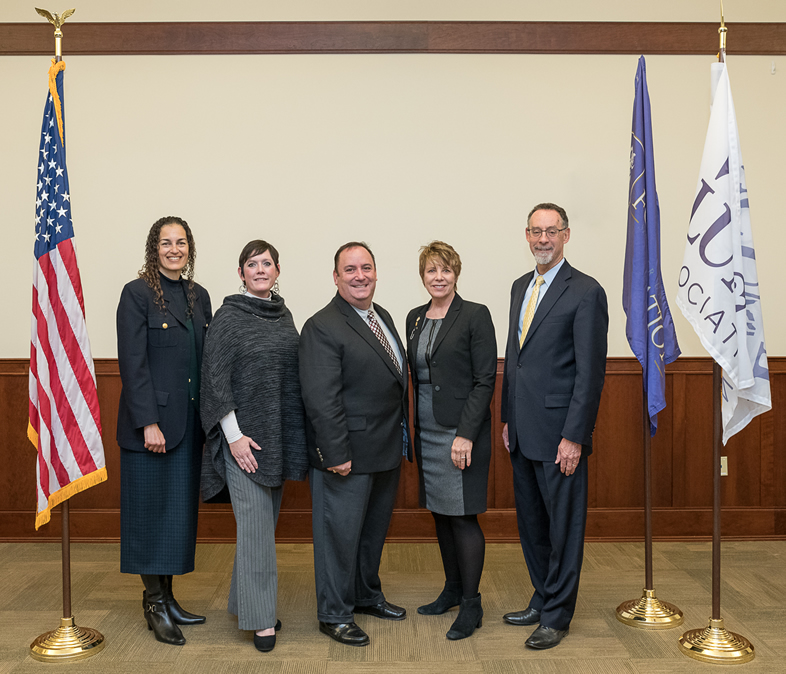 West Chester University has long been known for its passionate commitment to assist current and former members of the armed forces in their transition back to civilian life. This university-wide commitment was most evident during the month of November, a month now formally designated as National Military Family month, when the University celebrated those who have made great sacrifices by awarding scholarships totaling $46,500 to more than 40 WCU student veterans and Reserve Officers’ Training Corps (ROTC) cadets during a Military Scholarship Breakfast. The scholarships have been made possible thanks to the generous support of Santander Bank and local VFW’s, American Legion Posts, Marine Corp Leagues, and numerous individual donors.

Addressing nearly 100 in attendance at the fifth annual breakfast held at the WCU Foundation recently, West Chester University President Christopher Fiorentino said, “Having active military and veterans as members of our community strengthens the collegiate experience for everyone. These students expand the diversity of perspectives at WCU and enhance the intellectual discourse as a result of the unique life experiences they have had.”

Among those generous supporters recognized for helping to ease students’ transitions from military life to college life was Eileen Glenn, a West Chester University alumna who earned a bachelor’s degree in health education in 1969 and a master’s degree in sports and athletic administration in 1999. Glenn recently established the Eileen Glenn Veterans’ Support Fund to sustain the annual salary of a licensed professional counselor dedicated to the needs of the University’s nearly 300 student veterans.

“My hope is that my donation will make the task of returning a little lighter,” said Glenn in an earlier interview.

U.S. Army Brigadier General (Retired) Carol Eggert, who graduated from WCU in 1987 with a bachelor’s degree in liberal studies, is equally as committed to supporting veterans. Eggert, who holds two master’s degrees in instructional design and strategic international studies, as well as a doctorate degree in organizational leadership, is currently senior vice president of military and veteran affairs at Comcast NBCUniversal. Thanks to a personal gift of $25,000, the BGen (Retired) Carol Eggert Pallas Athene Women Veterans Endowed Scholarship has been established to benefit a female student veteran enrolled at WCU who demonstrates financial need.

“I am not a retired military person of grand means,” said Eggert, who completed a distinguished military career in 2014 as the Assistant Adjutant General for the Pennsylvania National Guard and the Deputy Commandant for the Army War College. “It is, however, very important to me that all know how imperative it is that we support our veterans as they come back from service. As they have made sacrifices, so should we. I feel it is my commitment to do so, and I am hoping that my example will encourage others, as well.”

West Chester University and the WCU Foundation are committed to supporting WCU students and ROTC cadets as they strive for and achieve their educational goals. Thanks to the contributions of many generous donors, the University, in partnership with the Foundation, has awarded more than $130,000 over the past five years to hard-working, talented student veterans and cadets who demonstrate need while attending West Chester University. 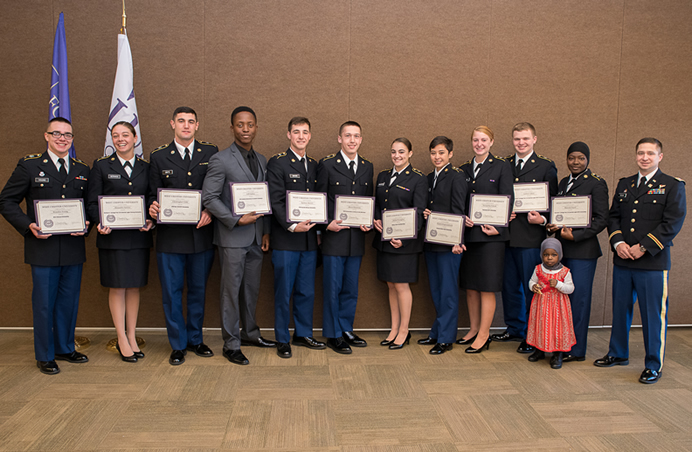