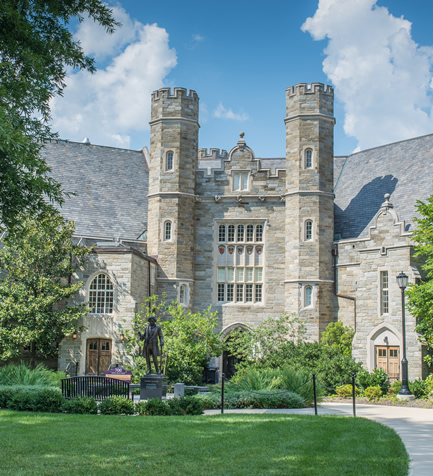 And confirming the value of a West Chester University education, U.S. News places WCU at #69 (up from #82 last year) on its list of Best Value Schools/Regional Universities North.

For its 2019 rankings, U.S. News collected data on more than 1,800 schools and ranked just under 1,400 of them on 16 measures of academic quality. Accredited four-year colleges and universities report most of the information directly to U.S. News, which annually surveys them via an extensive questionnaire, and much of these data are not readily accessible anywhere else.

For the 2019 rankings, U.S. News changed the ranking methodology to place the greatest value on student outcomes, which account for 35 percent of the rankings, up from 30 percent last year. The 2019 methodology now incorporates new social mobility indicators that measure how well schools succeed at enrolling and graduating students from low-income families.

The full rankings, data, and methodologies can only be found via the U.S. News College Compass.